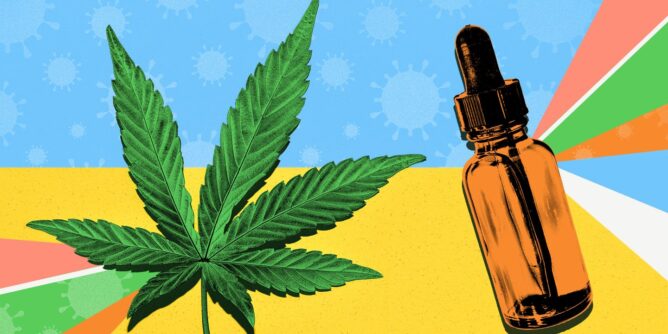 Do you experience headaches frequently? If not, you might have someone close who does! Headache is now a part of living. It could range from mild to severe, known as Migraine. The Migraine Research Foundation found that almost 1 in every four households in the United States have someone who suffers from Migraine. While its primary effect is headache, some people also experience vomiting, nausea, and sensitivity to noise and light.

If you also suffer from headaches or Migraine, you might have tried almost every possible remedy. But do you know CBD tablets UK, tablets infused with CBD, might also treat headaches? Data from a recent survey, where 86% of the respondents experienced relief from headaches after consuming CBD, reveals the efficiency of cannabidiol in dealing with headaches.

How Does CBD Work on Headache?

The Journal of Headache and Pain published a study in 2018. The study reports that many animal studies and multiple laboratories accept the efficiency of Cannabis and its various cannabinoids, including CBD for headaches or Migraine.

But how do CBD tablets work? The answer lies in the action of the drug on the Endocannabinoid System of the body. It interacts with the Cannabinoid receptors, particularly CB1 and CB2, in the Endocannabinoid system. Though the mechanism is complicated and yet to be unwired, researchers believe that this interaction bears several fruitful results, such as boosting the immune system.

READ MORE:  MAKE YOUR DAY EASIER WITH THESE CBD PRODUCTS

Another anticipated effect of this substance is maintaining anandamide, the compound associated with regulating pain. Cannabidiol might prevent the body from dissolving anandamide, ensuring its high level in the bloodstream. Anandamide then reduces the pain sensitivity of the body.

In 2001, Ethan Russo, MD, one of the leading researchers of medical Cannabis, proposed that deficiency in the body’s natural cannabinoids, known as endocannabinoids, leads to irritable bowel syndrome fibromyalgia, Migraine, and several other severe chronic pain. This idea hints that cannabinoids might re-establish ECS function, reducing Migraine.

CBD in the tablets also shows anti-inflammatory properties, which can regulate inflammation in the body. The field requires more research to understand the drug’s working in the body.

Studies on CBD for Headache

A survey that included 2,000 patients consuming medical Cannabis found that one-quarter of the total respondents consumed medical marijuana for headaches. Another significant finding was that most participants revealed that “OD Shark, “a Cannabis strain, was most helpful. The strain includes comparatively high levels of delta-9 THC, the psychoactive compound of Marijuana, CBD in less amount, and terpenes, such as beta myrcene and beta-caryophyllene.

The author of Cannabis is Medicine: How Medical Cannabis and CBD are Healing Everything from Anxiety to Chronic Pain, and medical director and owner of Cannacenters, a medical practice in Los Angeles, Dr. Bonni Goldstein, notes, “The studies clearly show that CBD is an anti-inflammatory. It’s neuroprotective, meaning it protects your nervous system.”

READ MORE:  Why is CBD a good option for dogs with cancer?

While there are surveys to show CBD as an effective compound for headaches, the number of published studies is deficient. The reason behind it is the regulations on this drug for a long time. However, few studies look at the effects of CBD and THC together for Migraine. They offer an insight into the impact of cannabinoids on headaches.

In the third session of the European Academy of Neurology (EAN), organized in 2017, a team of researchers revealed the conclusion of their study on Migraine and Cannabinoids. The researchers carried out the study in two phases. The first phase included 48 participants going through Migraine. The researchers orally administered a combination of two compounds in them. One contained 9 percent CBD, and the other had 19% THC.

READ MORE:  Does THC-O Get You Baked?

Phase 2 of the study focused on patients with cluster headaches. Until the dose was less than 100 milligram, the participants did not feel any effect. However, the acute pain reduced to 55 percent after the dosage reached 200 mg. The participants received 200 mg of THC-CBD combination ( the one used in phase 1) or 25 mg of a tricyclic antidepressant, known as amitriptyline. The process continued for three months.

As a result, participants, who consumed a combination of THC-CBD, felt their Migraine reduced by 40.4%. On the other hand, amitriptyline reduced Migraine by 40.1%. Besides, the CBD-THC combination also effectively reduced the intensity of pain by 43.5%.

READ MORE:  Holidays: The Best Gifts To Give This Season

A few people going through cluster headaches experienced relief in their pain or frequency of their headache by 43.5%. However, the majority were the ones who had been experiencing headaches since childhood.

This study gave significant insight into the effects of CBD and THC together. Dr. Jordan Tishler, president of the Association of Cannabis Specialists and a part of the medical advisory board for Cannabis, says, “If you give pure CBD, in many cases it stops working after 6 to 8 months, and if you add back THC, it resumes working. We don’t entirely understand why that happens.”

A review in 2020 suggests that it might efficiently work to improve sleep, relieve chronic pain, and reduce inflammation in the body. The National Centers for Complementary and Integrative Health notes that specific evidence points towards the benefit of Cannabis, particularly CBD, in chronic pain. A review in 2017 suggests that there are adequate preliminary findings and anecdotal evidence to study CBD in high-quality clinical trials.

Dr. Kevin Weber, a neurologist from The Ohio State University Wexner Medical Center, notes, “I do not discourage patients who want to use CBD or medical marijuana from doing so. I do warn them that there is very little evidence for marijuana (particularly pure CBD) and headache management.”

This again represents the need to study CBD alone for headaches. Until that, all you can do is trust the finding of reviews and surveys. A bonus point about the well-known drug is negligible side effects. It is one of the primary reasons behind people’s shift from over-the-counter drugs to a natural remedy, such as CBD.

READ MORE:  What Are the Different Types of CBD Oil That Exist Today?

If you suffer from headaches frequently, CBD tablets of other products like cbd cherry gummies could be your best friend. However, experts recommend taking professional advice before beginning with your favorite drug. Sometimes, the cannabinoids react with other medications to give undesired effects. Other than side effects, the legality of CBD also concerns people. Fortunately, the compound is federally legal in the United States. So, you can take its potential benefits without worrying.