Why Fluffy Favourites is an all-time favourite 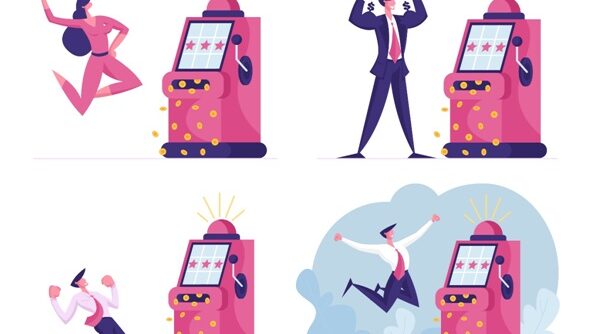 If you’re a fan of Bingo, there’s no doubt you’ve heard of the Fluffy Favourites franchise – a popular slot game that can be found across all online Bingo sites. The game is filled with friendly fluffy animals, including bears, rhinos, unicorns and elephants, which add to the games joyful colours and light-hearted theme.

But, when there’s so many online slot games to choose from – what makes this game so special, and why is Fluffy Favourites still a favourite, almost 24 years after its launch?

Since its launch in 1997, the slot game has been an instant hit. With a progressive jackpot worth up to 10,000x your bet, and new bonus games waiting to be discovered, Fluffy Favourites is constantly reinventing itself to draw in audiences – new and old. Not only can you play from just 0.25 credits, but you also have the chance to unlock free spins, as well as re-triggers! A pick-me style toybox feature becomes activated when you find three or more claw symbols on the reels – making gameplay even more exciting, with the chance to choose toys and win up to 100x your initial wager.

READ MORE:  Everything you need to know to become a Baccarat pro

The familiar animals have no doubt bought smiles to players’ faces over the years, and with the nostalgia of childhood games, and toys, in full force – the Fluffy favourites slot game has a definite joy and comfort about it.

The elephant symbol doubles up as both the wild and the main bonus scatter symbol. Three or more of these on the same spin triggers the ‘free games’ feature, where free spins are given a 3x multiplier to help boost your payroll.

They say that elephants never forget, so it’s worth remembering that on top of all the other bonuses, the symbol can also replace any other base game symbol (except the claw) to improve your chances of winning, with any line win that displays an elephant wild worth double its initial value!

Like all online Slots, Fluffy Favourites is made fair by a Random Number Generator (RNG), which works behind the scenes to ensure that the spins are completely randomly generated. This means that in the background, you have the potential to trigger one of the fantastic progressive jackpots at any time during gameplay – allowing you to gamble any of your winnings in the attempt to double your money in a 50/50 game, or take the risk of losing it all!

Other games in the franchise

If you love the sound of the slot game, then why not try Fluffy Favourites Slingofor a new way to play Bingo on Paddy Power. Slingo is an exciting combination of both Slots and Bingo, and when our favourite fluffy icons are involved – what’s not to love?

READ MORE:  Why You Should Use a Toto Site

Not only does gameplay start at just 0.20 credits, but you also get 10 spins to try and make as many slingos as possible, with no less than four bonus games to be unlocked along the way! With a maximum payout of 100x your bet, there’s no wonder Fluffy Favourites remains an all-time favourite across the board – the chances of winning big, exploring bonus games and immersing yourself in the playful graphics, makes the franchise one that is not only fun to look at, but exciting to play, too!