The Most Popular Horse Racing Events in the World 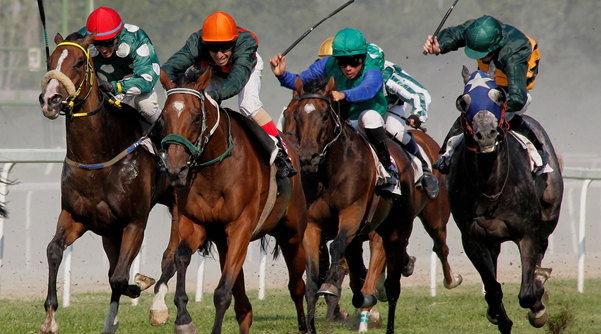 The Most Popular Horse Racing Events in the World

In today’s society, horse racing is still a popular sport. In fact, horse racing is one of the most popular spectator sports in the UK, with football obviously being the most played and watched. According to statistics, approximately six million people attend the races each year in Britain alone. In fact, it has become a popular event to dress up and attend the races, all whilst drinking beers and placing random bets.

There are also various different types of horse-races across the globe. Firstly, there is the Kentucky Derby, which is probably one of the most well recognized and popular events in the world. It occurs on the first Saturday in May at Churchill Downs Louisville. Owing to the fact that so many attend it every year, its popularity has overtaken any other horserace in North America.

The Derby is limited to three-year-old horses and expands at a distance of one and a quarter mile. It is also associated with the longstanding tradition of showering the winners with flowers. Because of this, the Derby has acquired the name ‘run for the roses.’

There is also The Breeders’ Cup which is also a favorite amongst horse racing fans. The Breeders’ Cup World Championships is an annual series of Grade I Thoroughbred horse races, operated by Breeders’ Cup Limited, a company created in 1982. The race expands across two days and attracts jockeys from all over the globe. It also has around $31 Million in awards so therefore it has been regarded as one of the most prestigious horse racing events.

It is also important to discuss the Prix de I’Arc de Triomphe as it is one of the most famous horseraces in Europe. This race can be traced all the way back to 1920, therefore its rich history attracts the attention of many. For example, Prix de I’Arc de Triomphe was not allowed to occur in 1939 and 1940 as the Second World War had just broken out.

In a similar vein, it is also worth discussing the Melbourne Cup is the most well-regarded racing event in Australia. It occurs in November every year at Flemington Racecourse, Melbourne. Melbourne Cup is an incredible challenge for the racehorse itself as the racecourse is around two miles. This is significantly longer than most race horsing tracks. It is available for three-year-old horses and offers colossal prize money of $8 million.

Of course, there is also The Dubai World Cup, first held in 1996, is an event that occurs every year which has placed the UAE on the map. It is regarded as a challenging event for both the racehorse as well as the jockey. It attracts millions every year and has a purse of $35 million.

Indeed, when many fans of horse racing are watching or attending the event, they will have to consider horse racing odds when they are wagering or betting on certain horses. Of course, we cannot predict fully whether a certain horse will win, but it helps. This tradition of horse betting finds its roots in the UK in the early 1600s, during the reign of King James.

Bookmakers offer a myriad of bets to ensure that various bettors have a lot of choice with regard to adding a little extra to the racing experience. The accessibility of online bookmakers and betting websites has generated even more public interest in the races. Certain information about different horses and jockeys is extremely accessible across multiple betting websites, which has helped to attract even more people to the sport whilst retaining the regular audience.

In conclusion, horse racing is a sport that many fans enjoy wagering bets on and, as the odds are constantly in flux, viewers of the race are able to keep it entertaining and thrilling. Betting on horses is a great way to maximize your horse racing experience. There are also multiple things that one person can bet on as bets are not strictly limited to the winning horse. With horse racing going back decades, including online betting is a fantastic way to spike your interest again in the sport without becoming bored of the same thing.