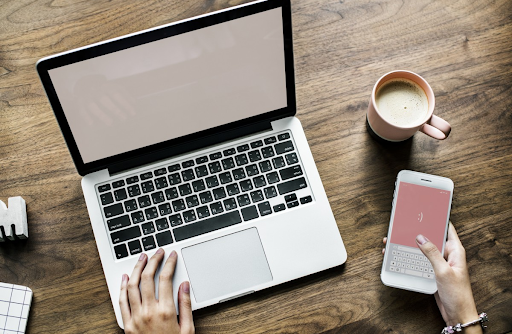 Many people assume writer’s block is something that only affects artists, creatives, and ‘real writers’. After all, the trope of frustrated novelists staring at a blank page is something we’re all used to seeing in countless films, books, and TV shows. However, the truth is that you don’t have to be a tortured poet to suffer from writer’s block: it can happen to anyone.

Writer’s block happens when we’re put under any kind of pressure to write something meaningful. This pressure can come in the form of a deadline, or an audience who’s opinion really counts, or even your own high standards. That’s why, when you’re trying to write a cover letter, conditions are ripe for writer’s block!

You’re probably frustrated that you even have to write a cover letter in the first place. After all, shouldn’t your resume speak for itself? Now you have to write something clever, concise, and well-written to showcase your personality to a complete stranger. It’s no wonder you’re feeling stuck. In this article, we’ll take a look at how to break through this mental barricade and get your cover letter finished.

What is a Cover Letter?

At first, glance, writing a cover letter seems straightforward enough. However, if you’ve ever written one, you know that it’s no easy task! Introducing yourself, and explaining what you can offer to a potential employee, is much harder than it seems.

READ MORE:  How a Boarding School Can Help Build Your Child’s Confidence

One of the biggest causes of writer’s block when it comes to cover letters is confusion over what exactly you’re trying to accomplish. The more you think about it, the more confusing it is: your skills and experience are written in your resume, so what’s left to say to your prospective employer? Obviously, you want the job – you’re applying for it, after all – so treating your cover letter as a “motivation letter” seems awkward and redundant as well.

Once you become unsure of why you’re even writing a cover letter, it’s easy to become overwhelmed, and your mental gears begin to jam. This leads to writer’s block. The first step in overcoming this is clearly defining what you’re really trying to do.

Let’s start with the difference between a resume and a cover letter.

A resume includes information about your skills and work history which establish your value to a prospective employer. The things on your resume are proof that you’re capable of excelling at the job you’re after. These are things like:

However, a resume does a poor job of communicating your personality, which is a hugely important factor in someone’s decision to hire you. This is where a cover letter comes into play.

A cover letter gives a potential employer a view of your ‘soft skills’: the character, attitude and mentality you’d be bringing to the workplace.

Remember, a cover letter works in conjunction with a resume. You don’t need to cover the same ground. Instead, describe how you’ve achieved the successes laid out in your resume. Your goal is to give the reader a positive impression of who you are, how you solve problems, and what it would be like to have you around.

If you’re suffering from writer’s block, staring at a blank page only makes things worse. Your first step is to put something down in writing, even if it’s nonsense. This may sound bizarre, but it’s actually a technique used by plenty of writers called “freewriting,” and it is tremendously useful at breaking writer’s block.

READ MORE:  Bachelor of Science: Benefits of Studying This Course

The premise is simple: editing, revising, and ‘cleaning up’ are all easier than coming up with something from scratch. To start, sit down and immediately start writing what you’re thinking. Think of that page like a journal, and remember that nothing has to make sense. Describe your passing thoughts, your feelings, or even the weather outside, but don’t delete anything! Just keep moving.

Eventually, the strangest thing will start to happen. The thoughts you’re having trouble expressing in your cover letter will begin to appear, slowly but surely, amongst the other meaningless words and half-formed thoughts. When you spot them, highlight them, but don’t slow down. After a while, you’ll be left with a long document covered in highlighted sentences.

Now delete everything else, and organize the highlighted stuff. It won’t be a perfect cover letter, but it’ll be similar to an outline that you can revise and expand into something better.

Often ‘blank page syndrome’ is caused by something much more mundane: improper scheduling. Trying to write when you have other tasks to do afterwards, like walking your dog or making dinner, creates a ‘micro-deadline’ that creates subconscious pressure.

Once you feel like we should come up with something meaningful and productive right now, because time is running out, you’ve already lost the battle. This is, almost by definition, what causes writer’s block. Instead, schedule your writing for periods when there is free time afterwards. You don’t have to use that time, but you’ll find that simply knowing that you could helps the words to flow more freely.

Have you ever tried to write an email with your boss standing over your shoulder, watching you write it? It’s so much harder than writing one alone. Unfortunately for you, writing a cover letter can be a very similar feeling to having someone standing right behind you! You know every sentence is going to be scrutinized, which makes you second-guess everything you write down, until you simply can’t write at all.

READ MORE:  Dance Attire Guide: What Should My Toddler Wear to Ballet Class?

You have to remember that only the final version of the cover letter will see the light of day. Right now, it’s only you. Removing that ‘mental audience’ isn’t always easy, but it’s important: it takes the pressure off and allows you to think of what you want to say, not how it sounds.

Some writers have an unusual trick to get around this called ‘self-sabotage’. Write something goofy or ridiculous somewhere on the page to lower the stakes and remind yourself that no one, other than you, is seeing this. Just remember to delete it before you send the cover letter!

Ultimately, if you’re willing to apply for a job, then deep down you know why you’d be good at it. A cover letter is meant to express that confidence, which is why writer’s block can be so demoralizing. Your most important task is to not let it shake your faith in yourself!

Putting this obstacle into context, and remembering that it happens to everyone, is key. Writer’s block has nothing to do with your abilities, your talents, or your personality. It’s simply a product of stress. Believe in your capabilities, and take a deep breath. You’ve got this.