List of the 5 Most Expensive Watch Brands Sold at Auctions 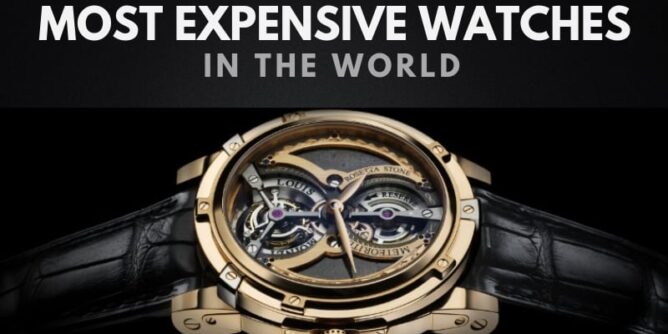 Wristwatches sold at auction are the most expensive wristwatch being displayed in the fashion world. Horology brands make sure they add some fascinating brand story to a wristwatch they are bringing out for Auctions. It comes from various watch samples liked by celebrities and is the most prevalent element in the fashion space.

Auctions are events where luxury materials are displayed for purchase, and the highest paying bidder takes it home. It has been going on for a long time, and it has featured many million dollars. These watches are not just regular timepieces displayed on online stores; they are worth the pay. They can serve as an entire life investment and family legacy. They are watches that are well known for their high-quality investment timepieces.  Below are watches that have been having the highest record of bids and their brand.

One of the prominent brands in the wristwatch world is Audemars Piguet watches. This brand already has a great and delicate history to boost its name. They didn’t just rely on that. They worked on their designs, materials, quality, and performance in the wristwatch industry.

The most expensive watch auctioned by Audemars Piguet is the “Audemars Piguet Black Panthers Watch.” It is the first watch made in collaboration with Marvel Entertainment by Audemars Piguet. The auction was attended by the company’s CEO and other notable names like  LeBron James, Jon Gray, Ian Poulter, Anthony Joshua, and Mark Ronson. The auction started at $100,000 and was finally sold for a very high luxury price of about $5 million.

This is a brand that has the record of the hottest auctions in the world. Selling the most expensive modern Rolex is an essential part of this brand. Daytona “Zenith,” made in platinum, was sold for more than $2 million in an auction. Even anybody would have loved the wristwatch if it had not been in the luxury caliber. It might look a little bit below what you would think of a luxury timepiece. But it has been able to dust the previous record of the modern-day Rolex.

This is a brand with an existing heritage which they leverage. Apollo 15 wore the Bulova timepiece, which Nasa used to complete their operation in 1972. Subsequently, the watch was sold to a businessman for a price close to two million dollars in Boston during the RR auction. The auction started with the regular lower price, and then the price skyrocketed into a more realistic price for the wristwatch that has been out of the earth.

This is one of the oldest members of the swiss watch industry. They have great historical significance. They have had many of their watches sold at auction, and many can be highly appreciated with the value they were given. Different Patek Wristwatch has been sold at auction for more than 2 million dollars. Even though they are the classics of the market, Pathak Phillipe sold a wristwatch for more than $30 million. The Patek Philippe Grandmaster Chime was exchanged for $31 million in 2019 during an auction in Geneva. Also, Patek Philippe Henry Graves Supercomplication sold for close to ” 25 dollars which makes it the most expensive pocket watch in 2014.

Recently, Vacheron has shaped itself into one of the capital brands in the industry. Their big win already started in 2021 during an auction in Monaco. Vacheron Constantin Tour de L’Ile reached a cool $3 million before being released to the final bidder. Some of the Vacheron wristwatches sold up to the end of luxury in 2021. Although they have a big way to come up, they can still make a name for themselves. Especially as days go by when Vacheron Constantin is trying to close up on the likes of Rolex and Patek Philippe, they are also one of the oldest brands in Switzerland. They have a lot of experience and practice in the watchmaking industry. This is why they have been able to put that in their craft and quality of wristwatch.

Watches that are displayed for auctions have great potential to serve generations if adequately managed. They are timepieces that can never be outdated even after a century. What is most shocking about these watches during the action is how they begin to bid for them. At first, there was a display of about 100 people looking to bid between $100 thousand to $400 thousand. Then suddenly, another bidder raises the price to about $700 thousand. They are still not true until you see the final bidder pay over a million dollars for a wristwatch. That is the effect of putting the highest price before the seller.

READ MORE:  A guide to choosing the diamond bracelet

As explained above, those wristwatch brands listed above have their records intact and are not looking to get it overturned soon. They are still bringing in the best timepieces every single day. This is why they can never lose the credibility they have put a lot of effort in.